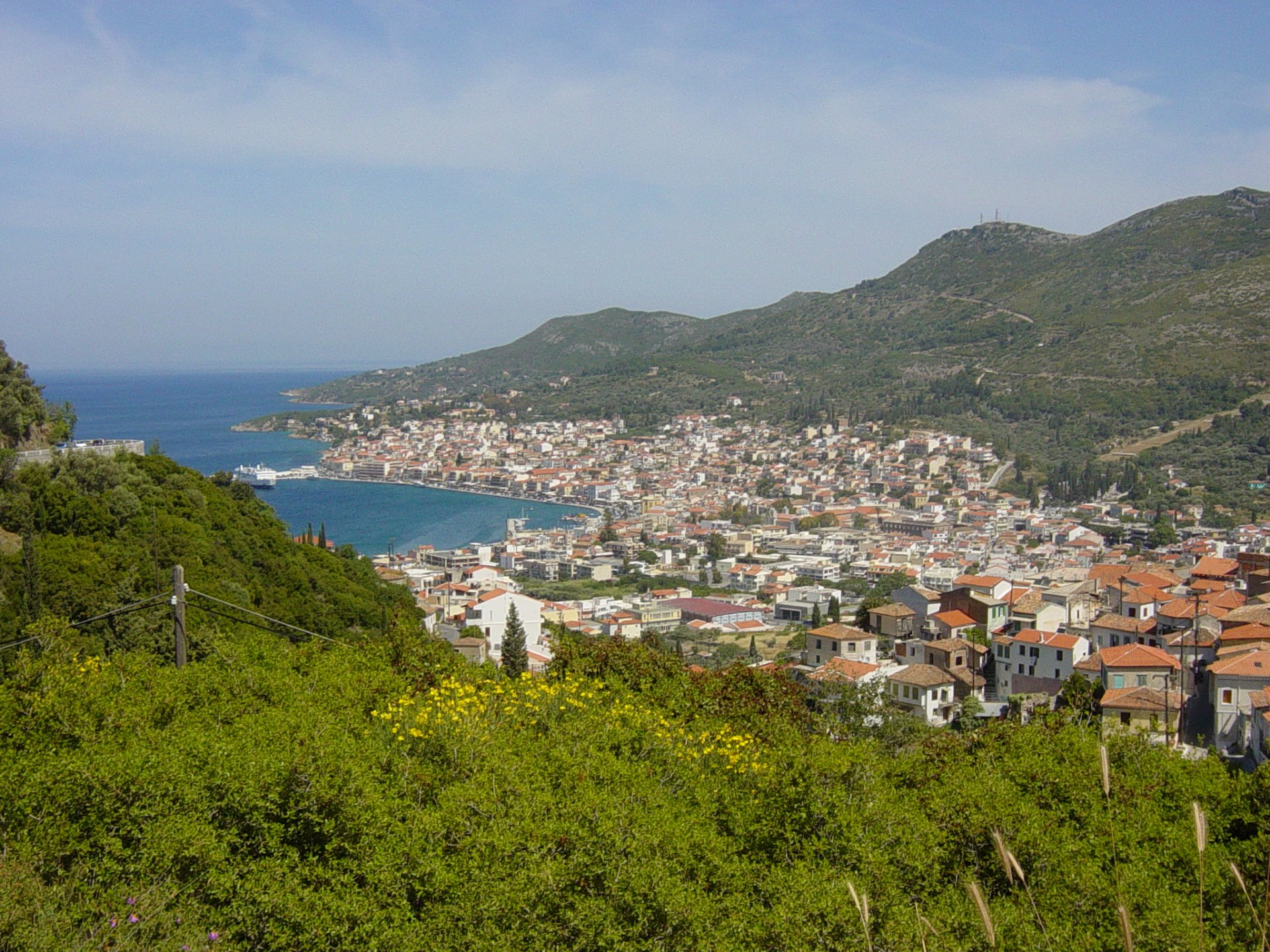 Vathi or Samos-city is the capital of the island since 1843. It is located around a large bay. It is with approximately 9000 inhabitants the biggest city of the island and in addition, the administrative center. The town lies like an amphitheater around the bay. Vathi consists out of 2 parts. The higher located Ano Vathi, this is the old part of the town, and the low-lying modern part of the town along the bay.

Some sights in Samos city are:
Platia Pythagoras, or Pythagoras Square.
On the square is a statue of a lion. This image is the symbol of sacrifice and courage of the people during the Greek war of independence against the Turks. The statue was flanked by four large palms. Unfortunately, there are a couple of felled by a parasite.

Archaeological museum
In the Archaeological Museum in the city park, you'll find many finds from ancient times. Most finds are from the Heraion and the sacred path that the old covenant Pythagorion had with this place. Heraion is an ancient shrine near Ireon.

Furthermore Samos town has a lovely promenade along the bay recently completely refurbished. With al lot of shops, restaurants and bars. If you want go to the beach in Samos Town you can better go to Gangos. For swimming, water in Samos town consists almost entirely of port and is not very attractive. The Gangos beach is about 2 km away. 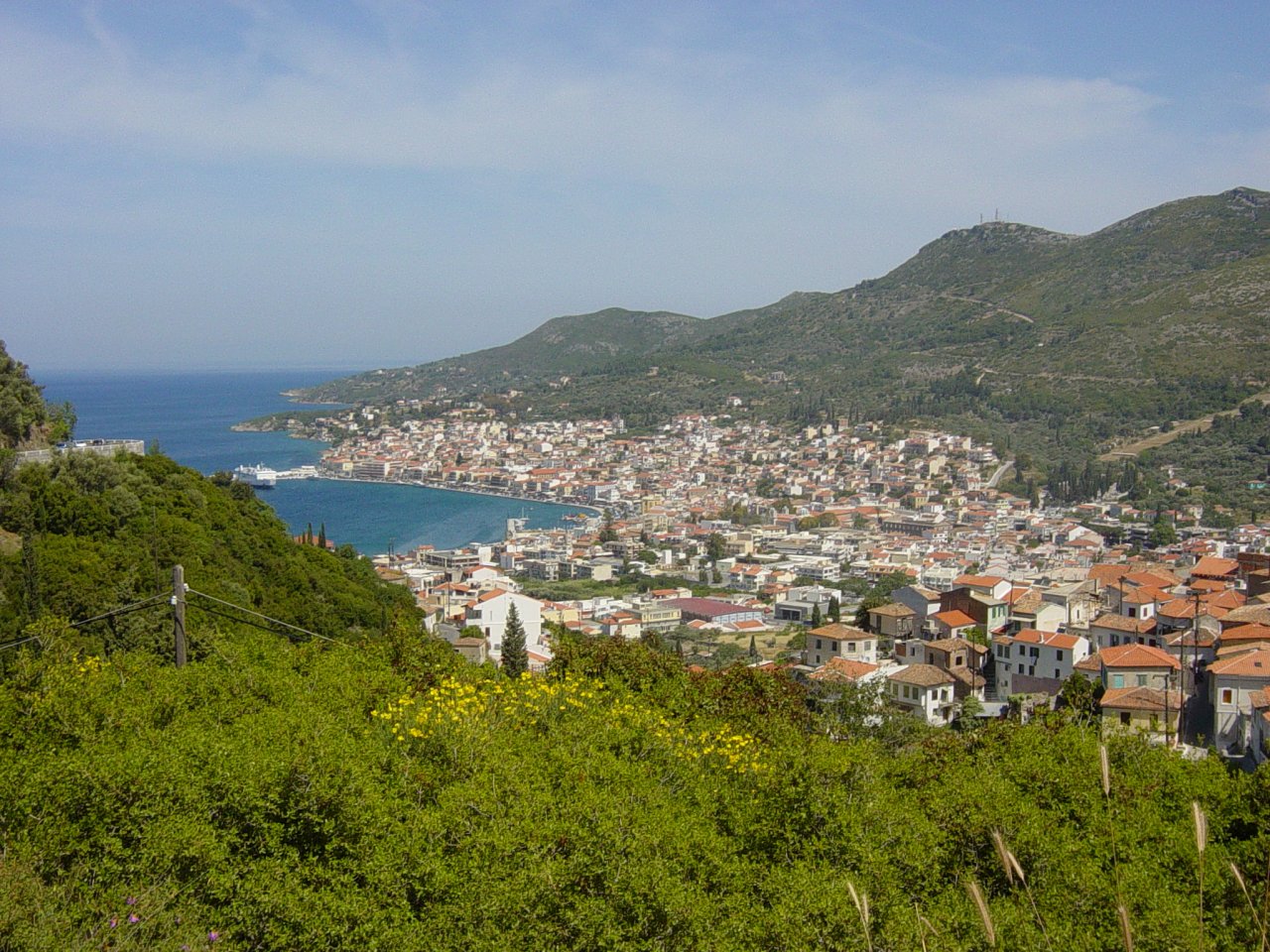 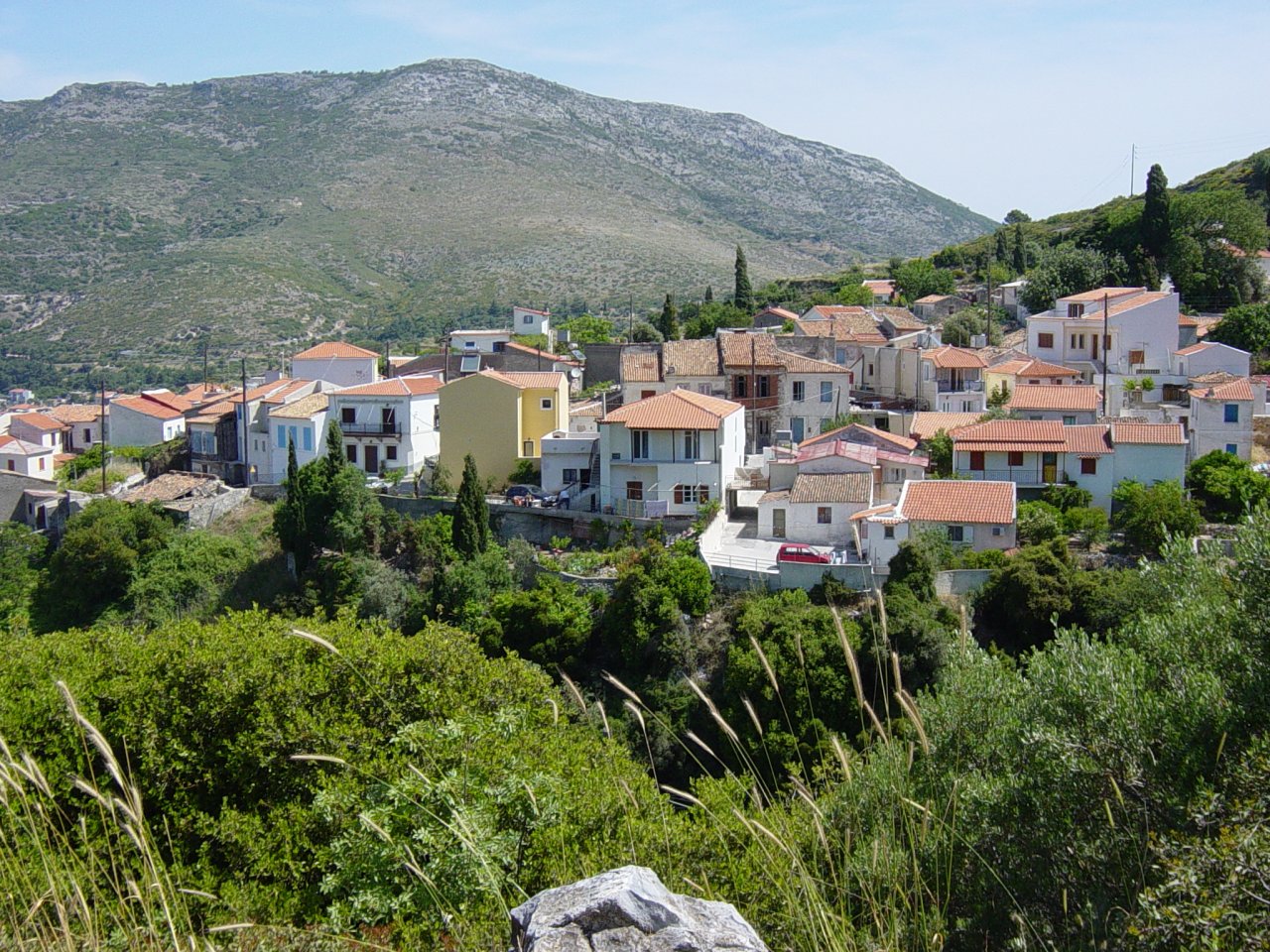 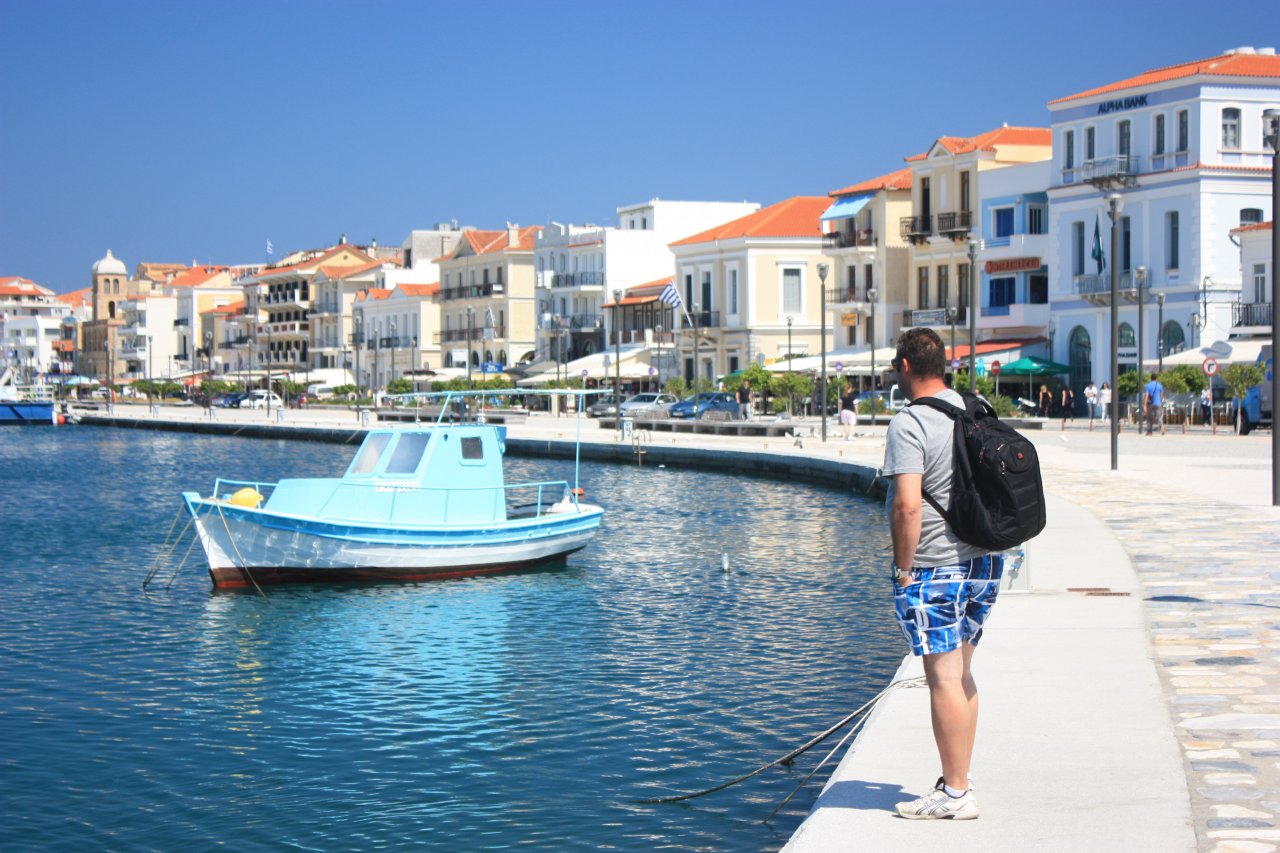 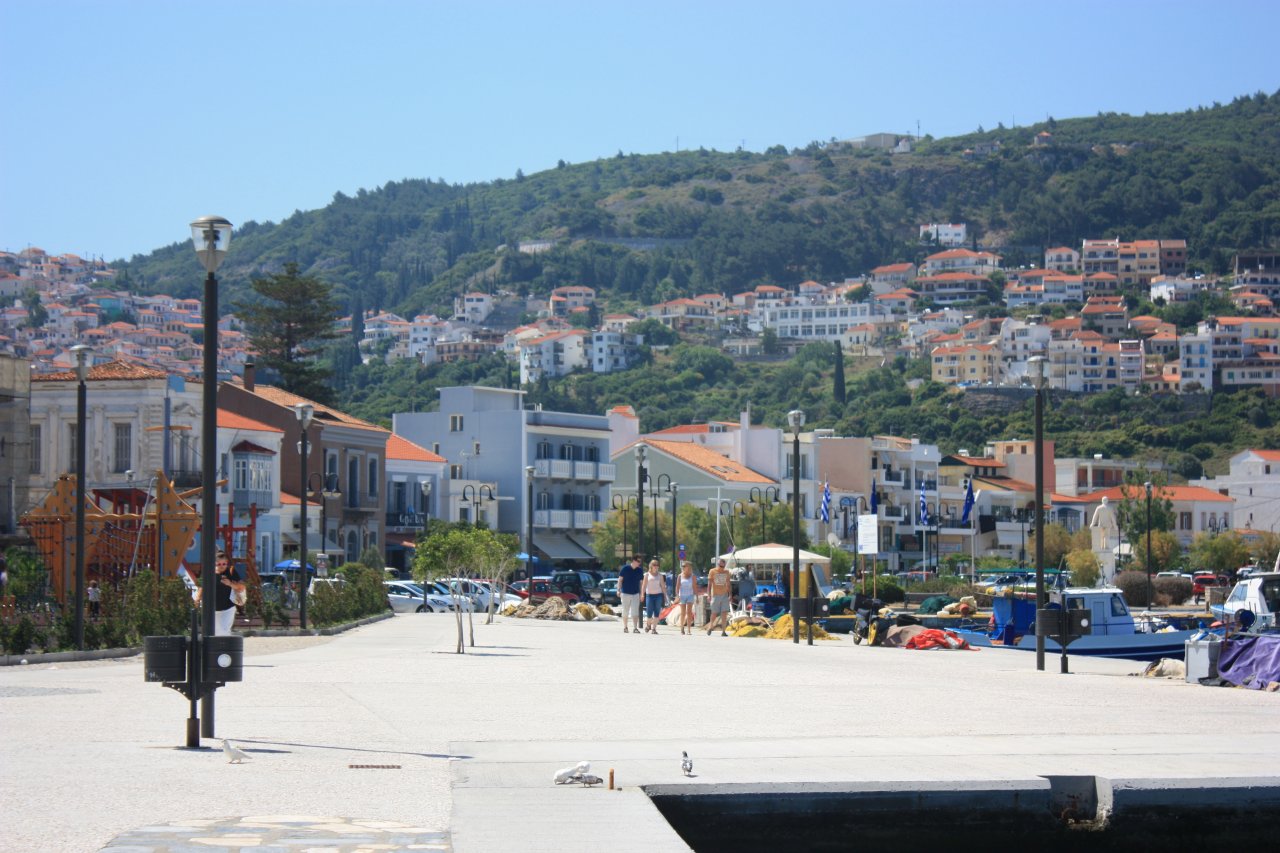 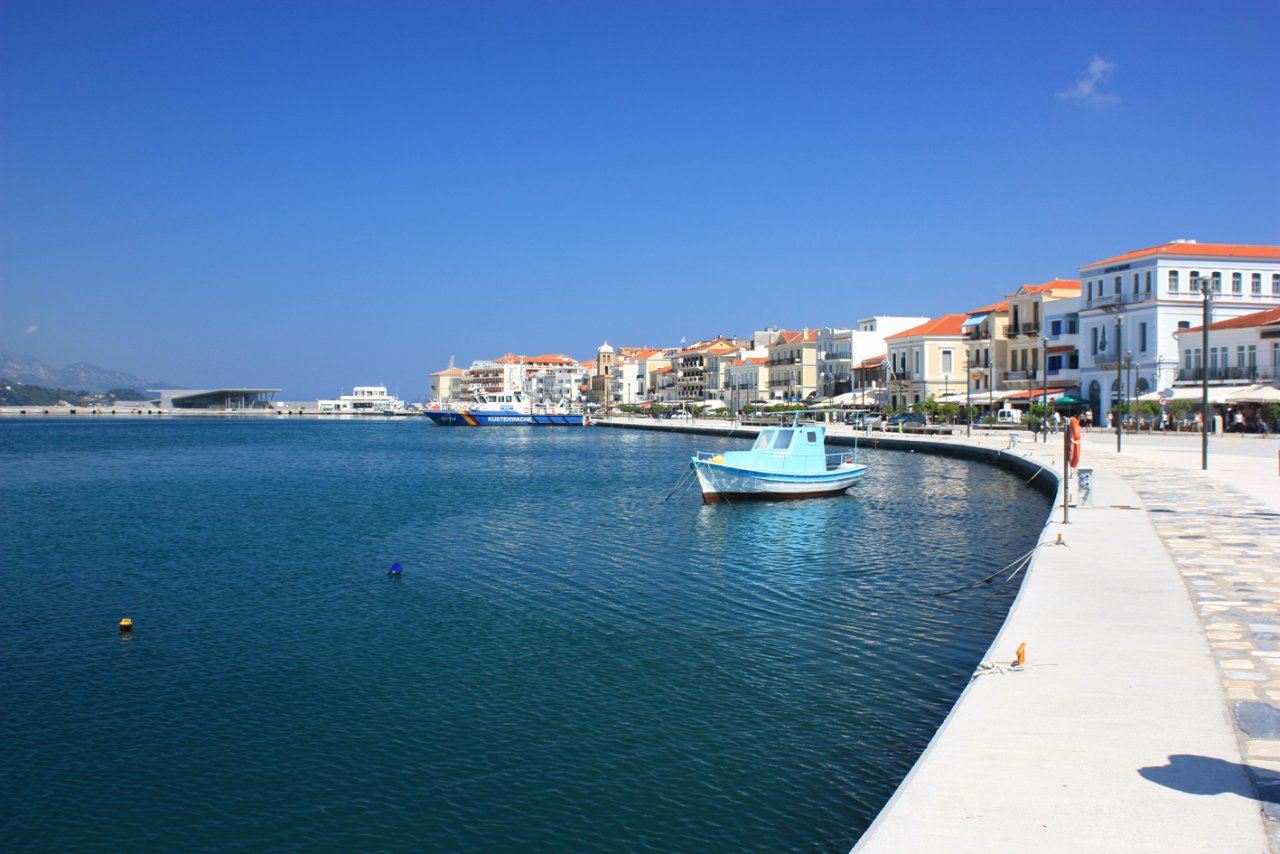 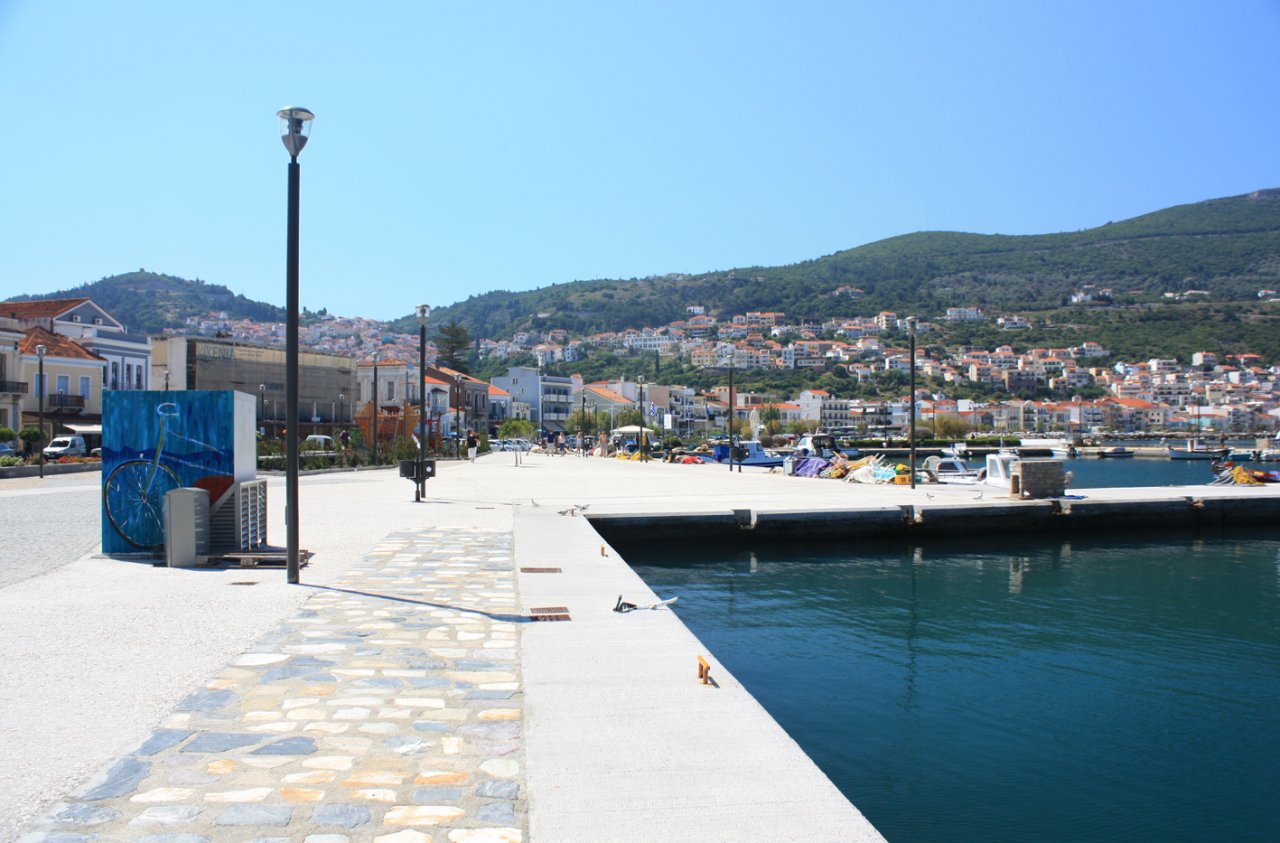 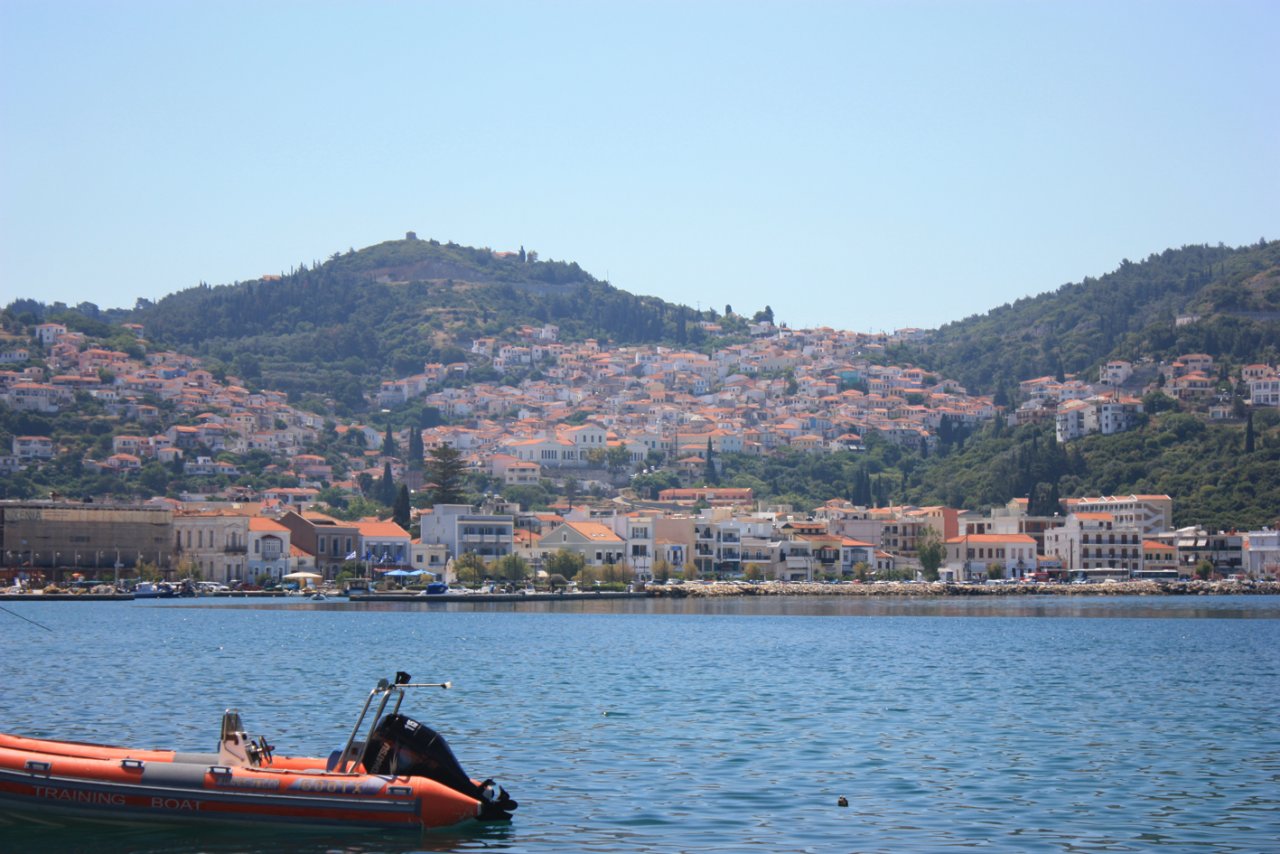 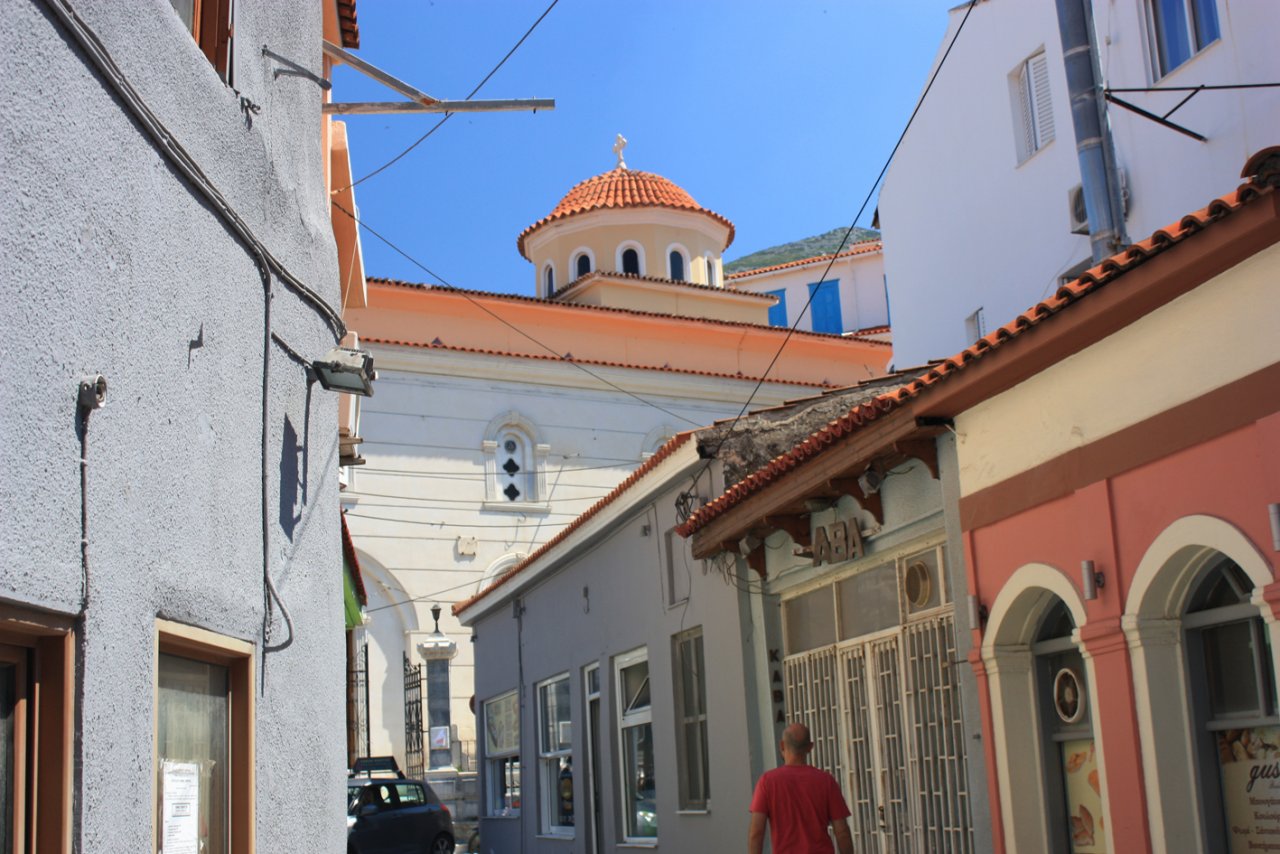 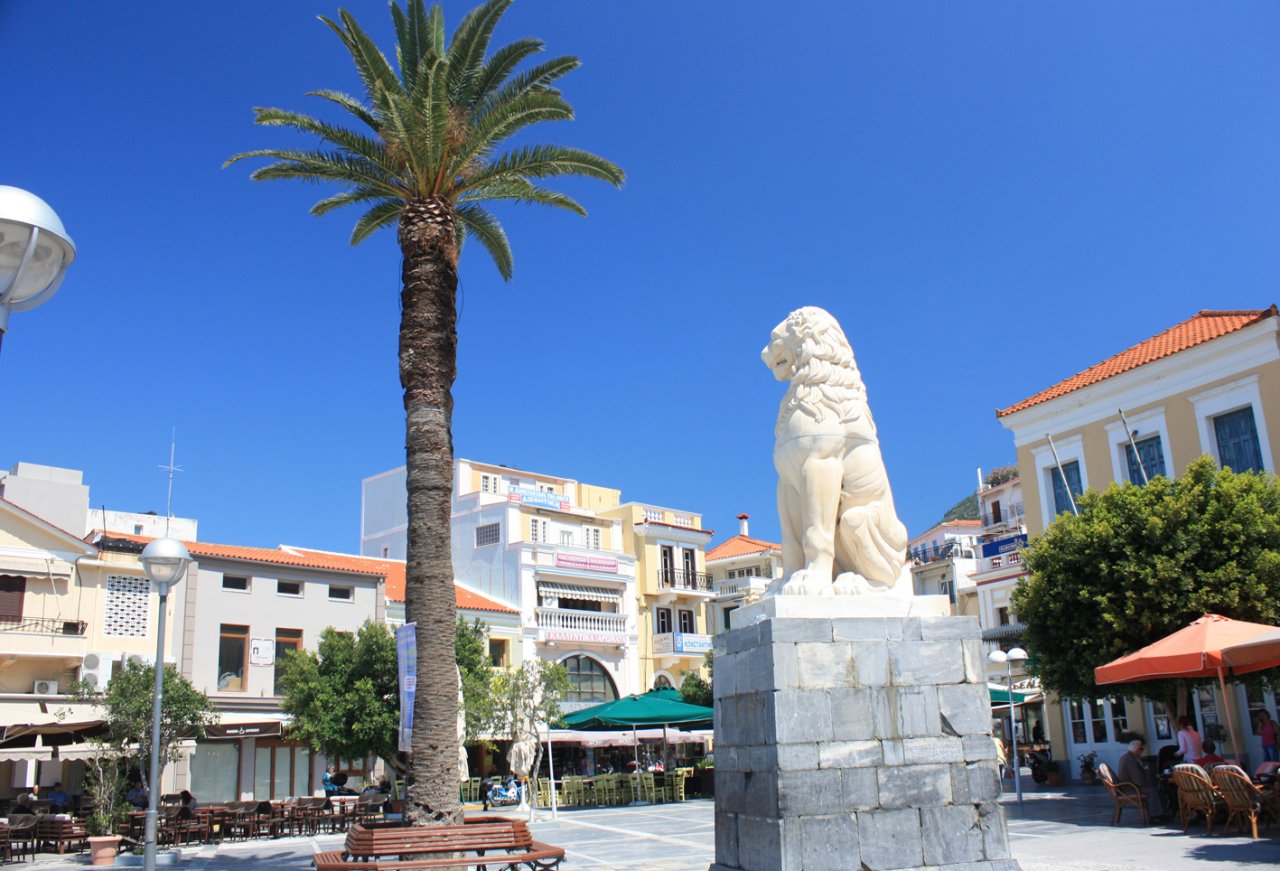 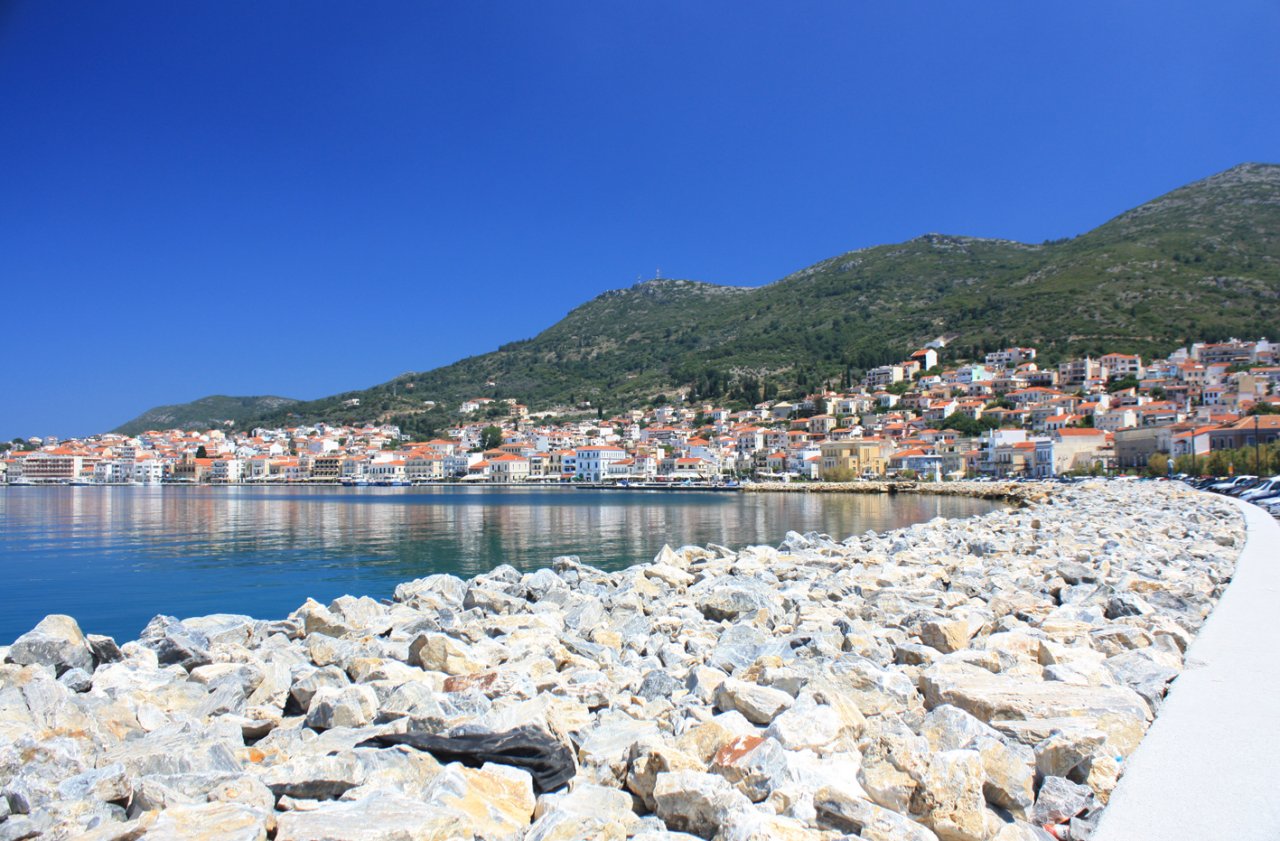 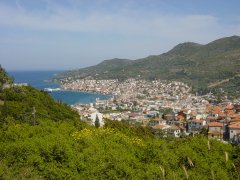 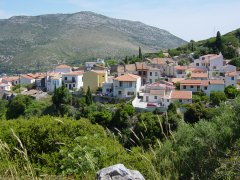 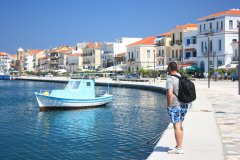 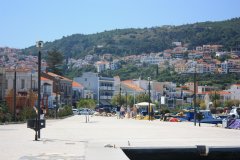 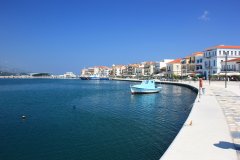 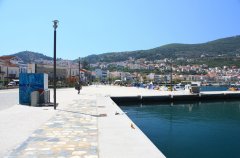 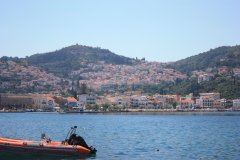 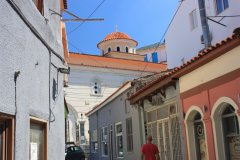 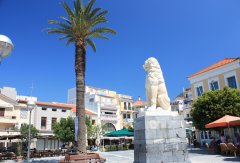 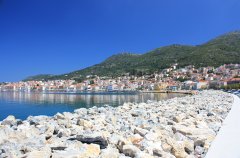