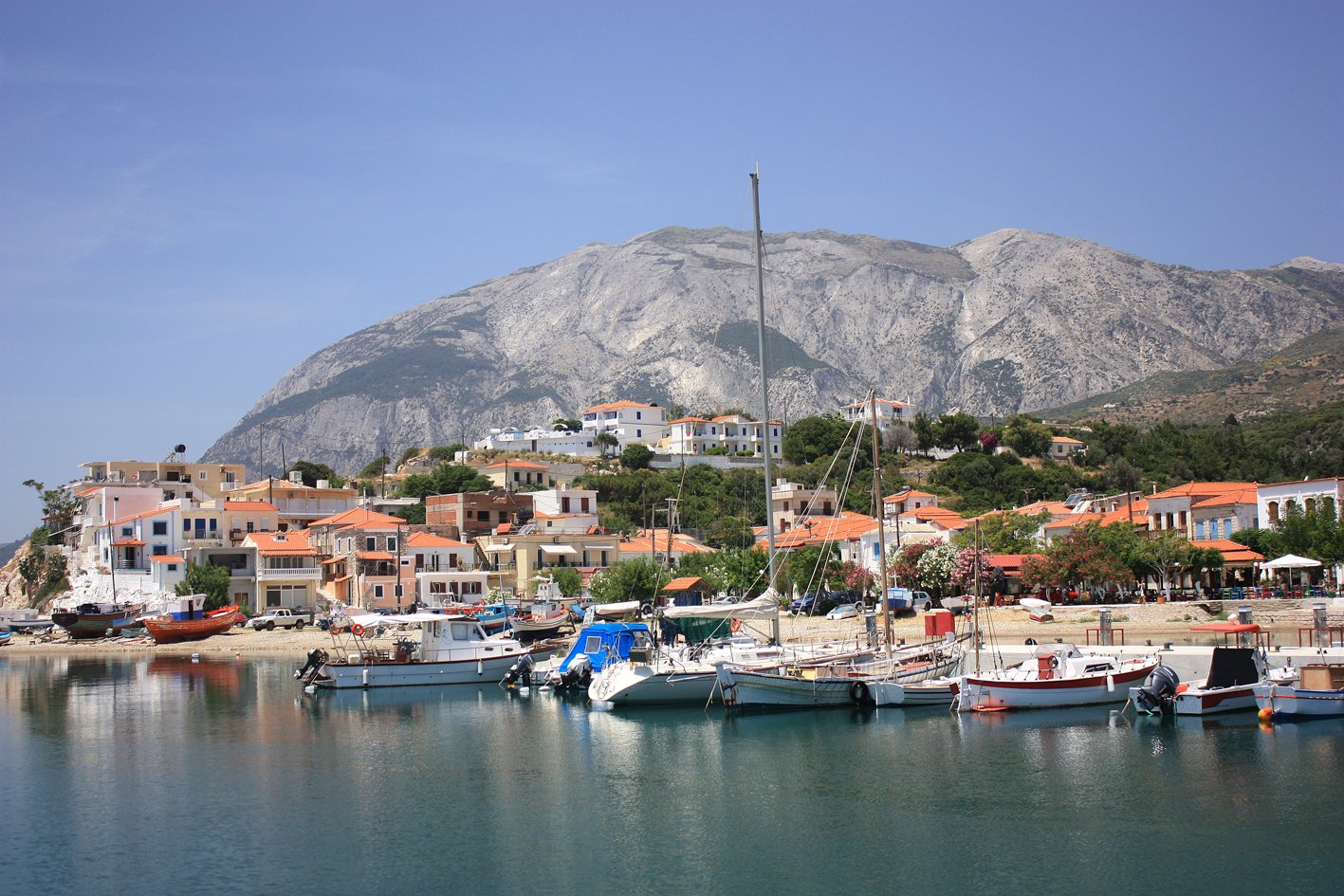 At the foot of the highest mountain of Samos, Kerkis, you still find some tourist places. Marathokampos, Ormos Marathokampos and Votsalakia (Kampos). These places are located in the southwest of the island.

Marathonkampos is an upper town on a gentle slope and has narrow streets and gates.. This town has hardly any tourists and lives for centuries of the olive groves in the area. If you are looking for more fun, you have to go to Ormos Marathonkampos. This village is on the coast about 4 km from Marathokampos. Ormos Marathokampos has a port which has recently been refurbished and all around there are some taverns. Furthermore, it has a small pebble beach. If you prefer going to  sandy beaches you can visit the nearby Votsalakia. 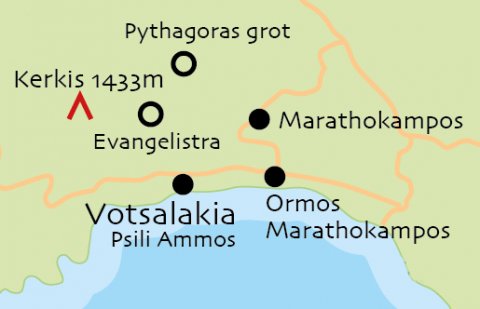 Votsalakia
From Marathokampos you drive west, you come at Votsalakia. The name of this place is a nice anecdote. Votsalakia is officially called Kampos. Previously there were only a few houses, fishing huts and a single hotel. The first who started a restaurant here was the owner of the restaurant "Votsalakia". When there were no further things in this area. The owner was nicknamed "Votsalos" and the Greeks, especially from Marathokampos, who came to eat here said, "Shall we go to Votsalakia, to Votsalos?” and they meant the restaurant from mister "Votsalos". And so the name has been established, a name that is just mentioned in many travel guides and maps even if it is a real village.

Votsalakia is now an elongated village along the main road with apartments, hotels and restaurants. The town does not have a real center. Votsalakia has an extensive gravel / sand beach ideal for the beach and sun lover. if you go further west you come in Psili Ammos with a long sandy beach and further Limnionas. If you follow this road you go to Kallithea and Drakei (also known as the end of the world) here ends the road.

The  pictures below, you can see the beach of Votsalakia, the village Ormos Marathokampos with the Kerkis mountain in the background and the view from the Kerkis. 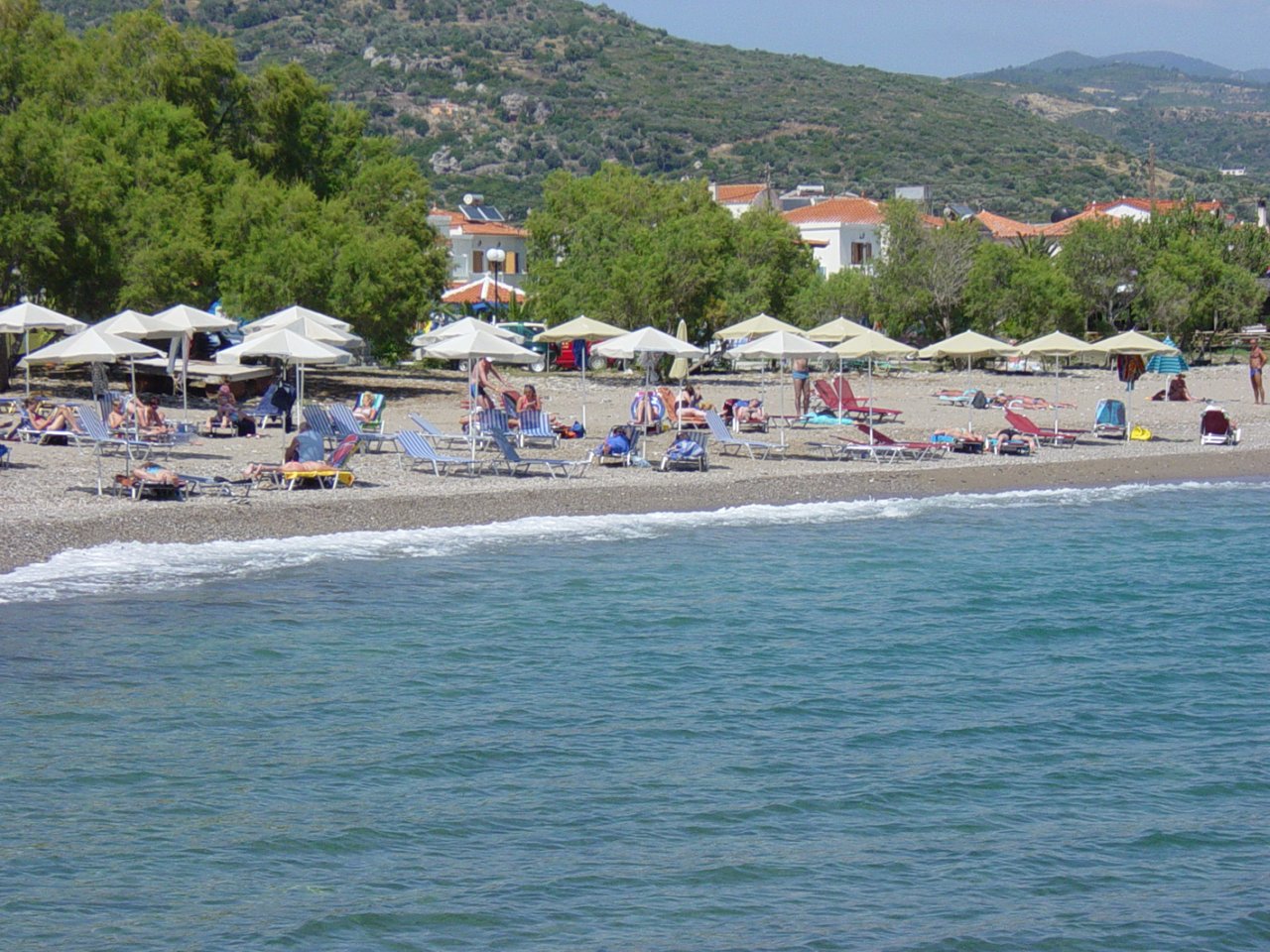 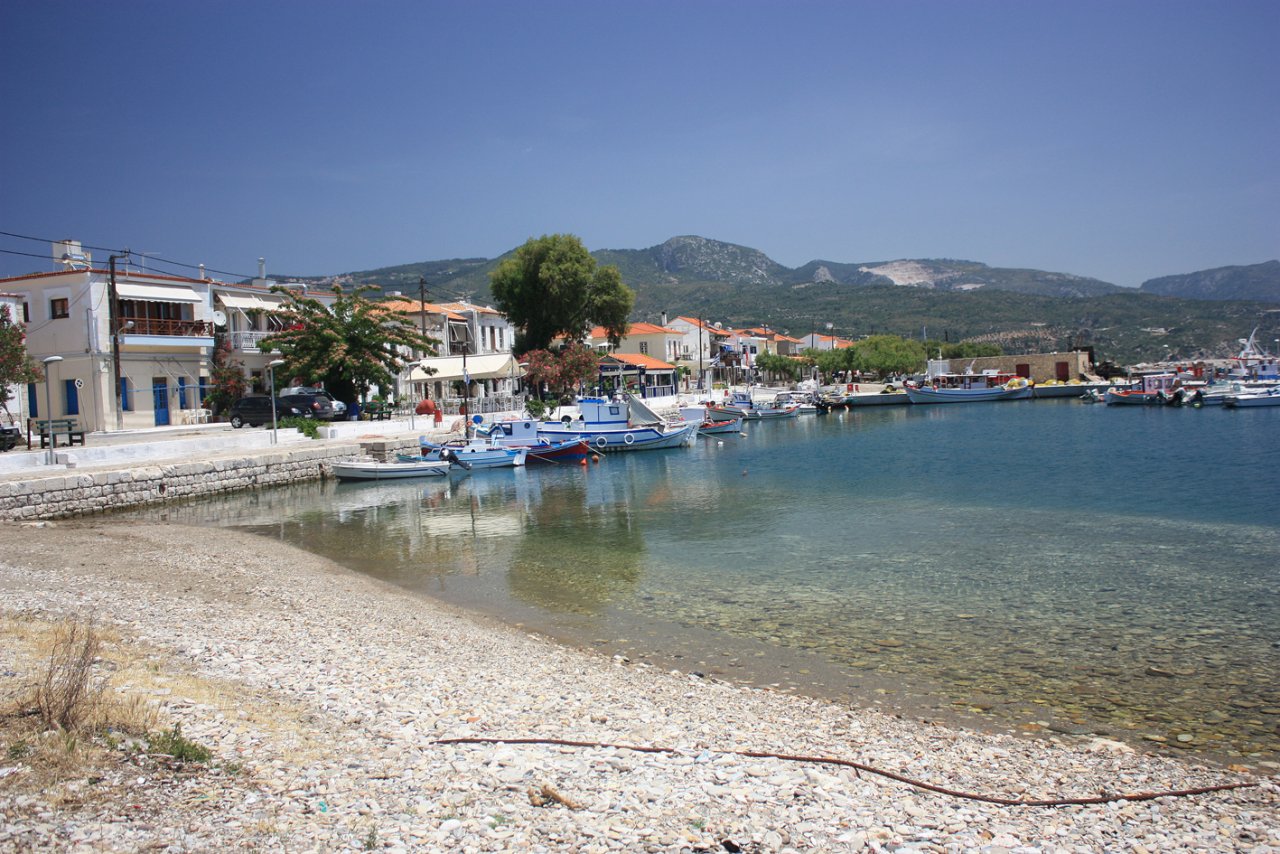 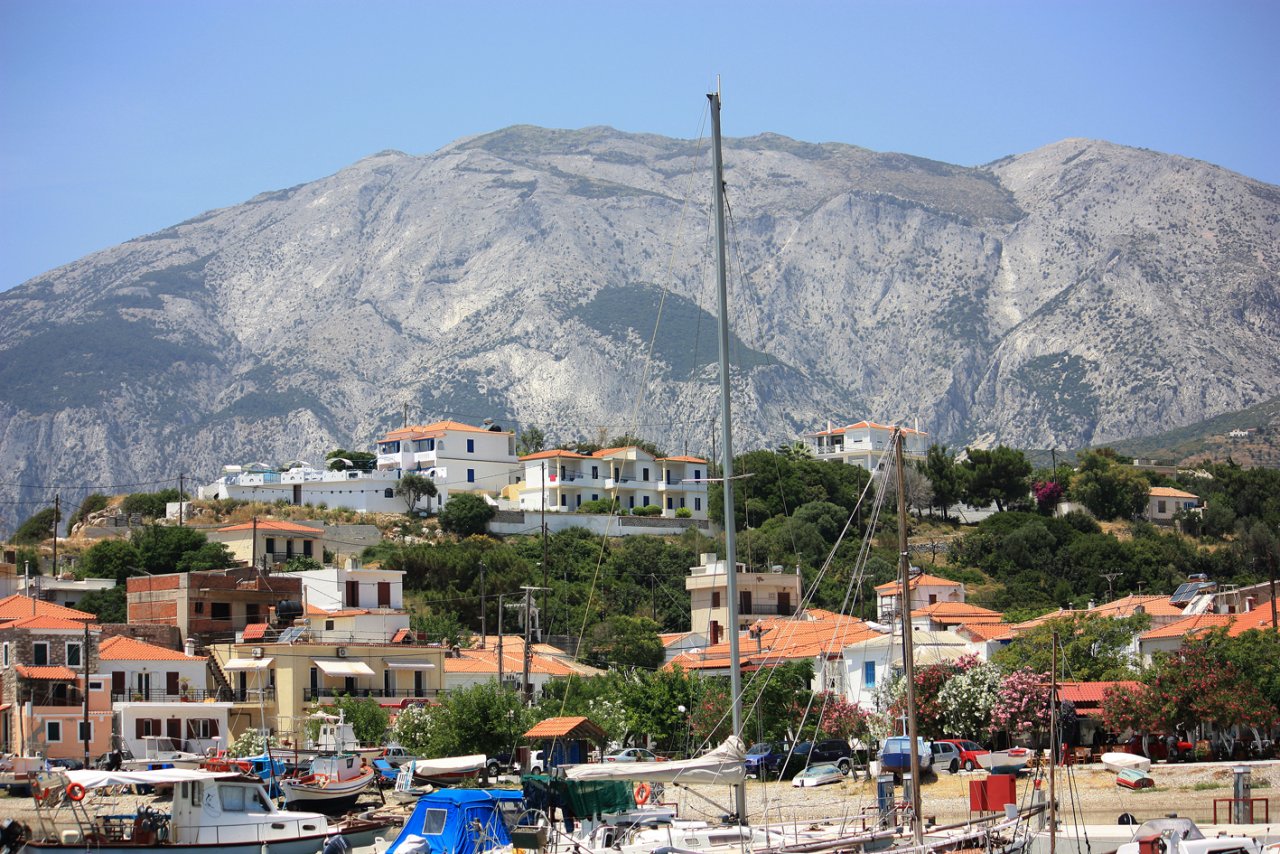 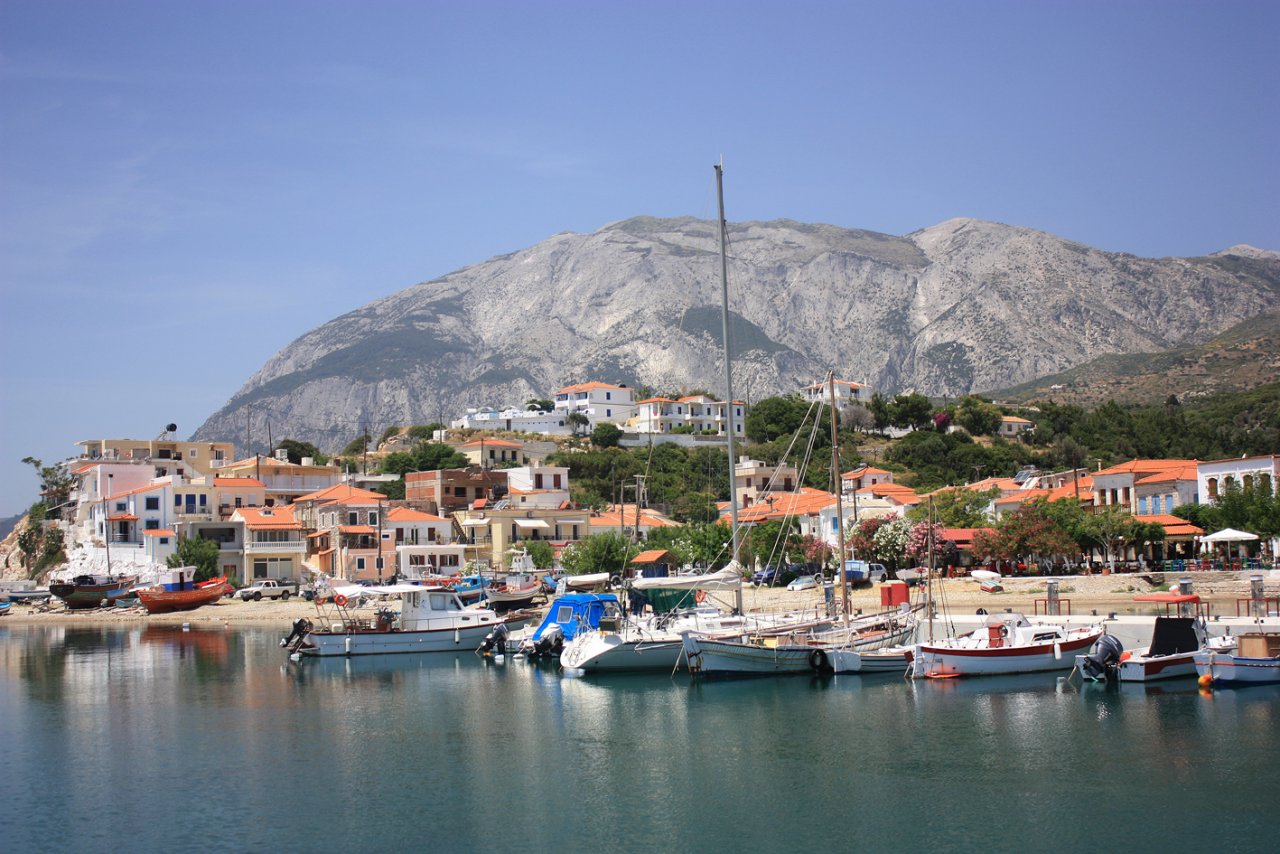 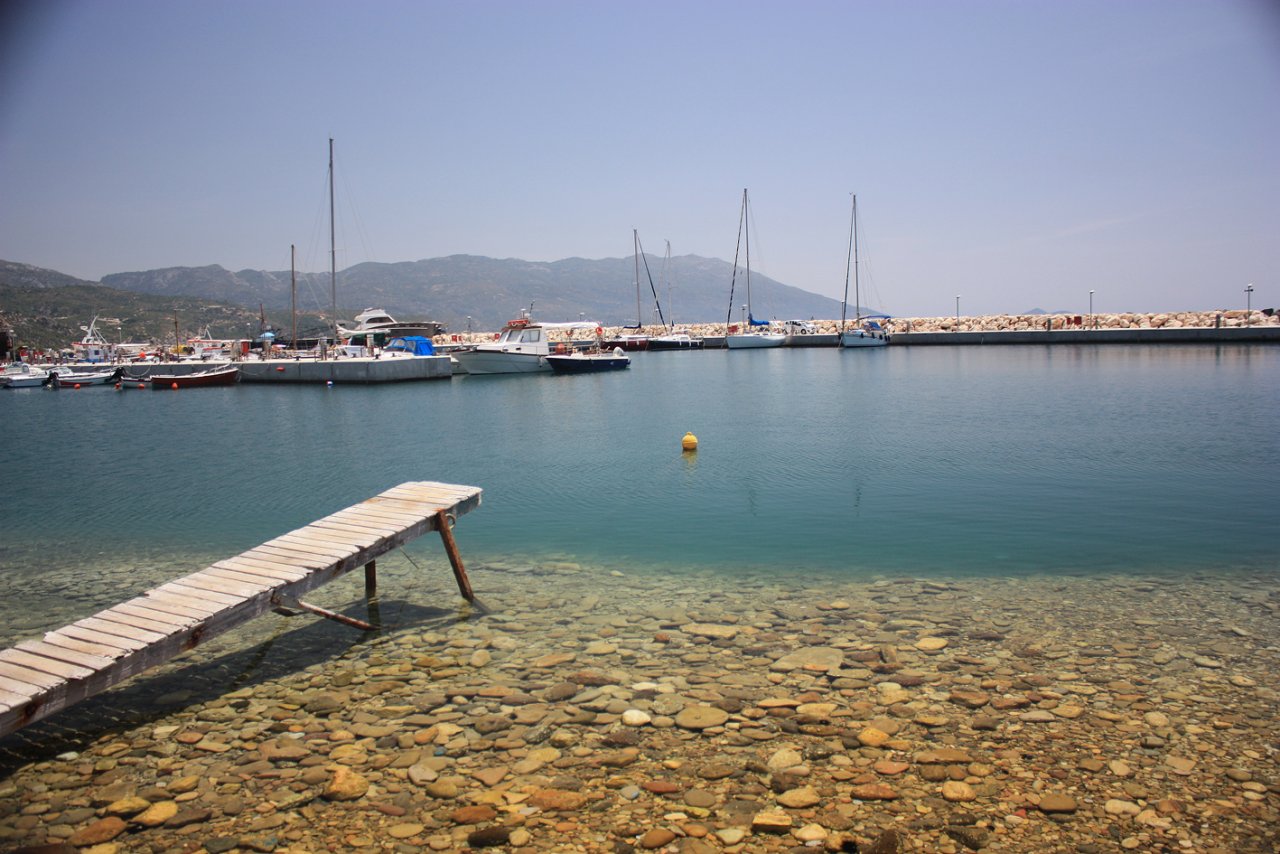 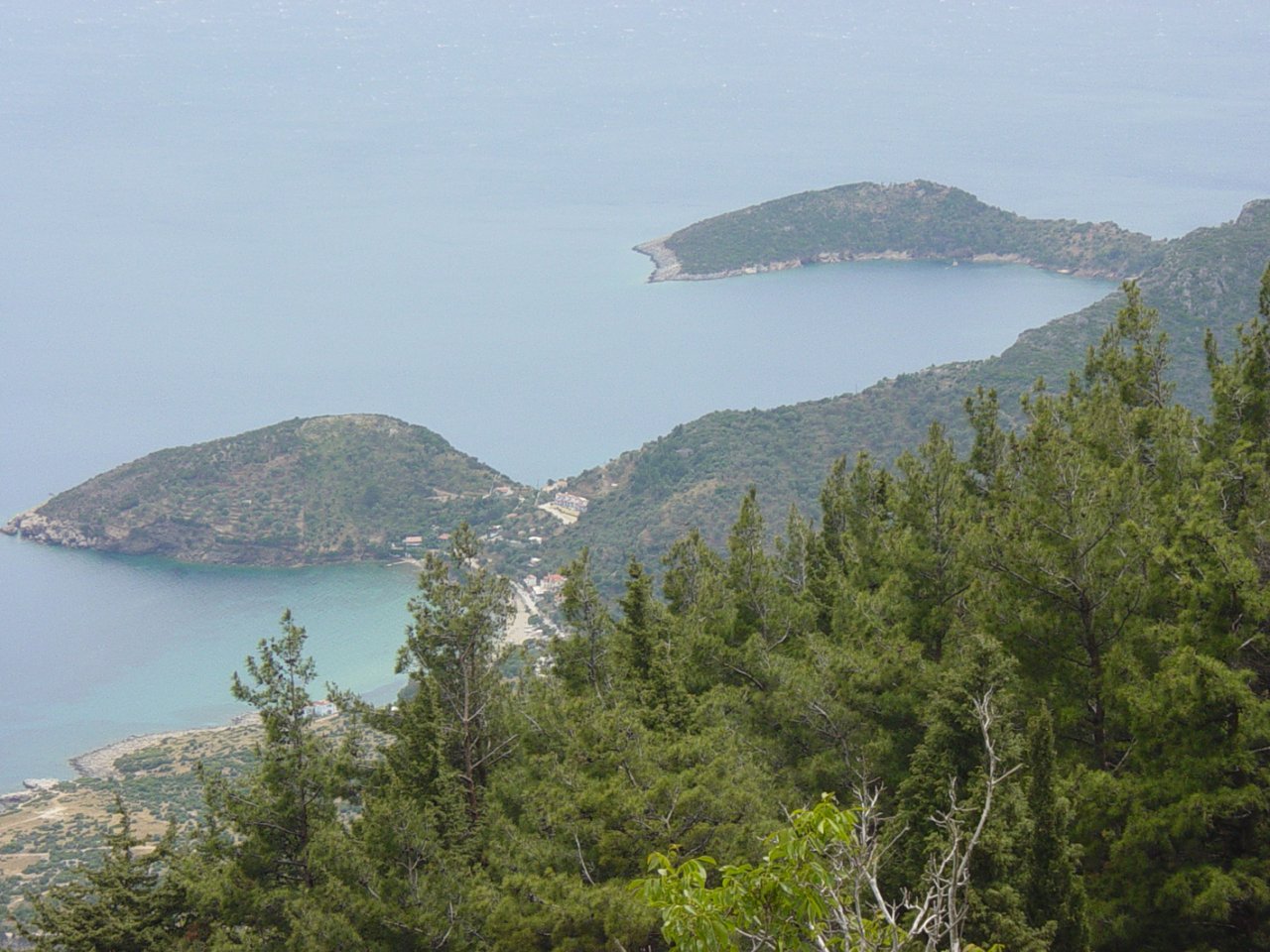 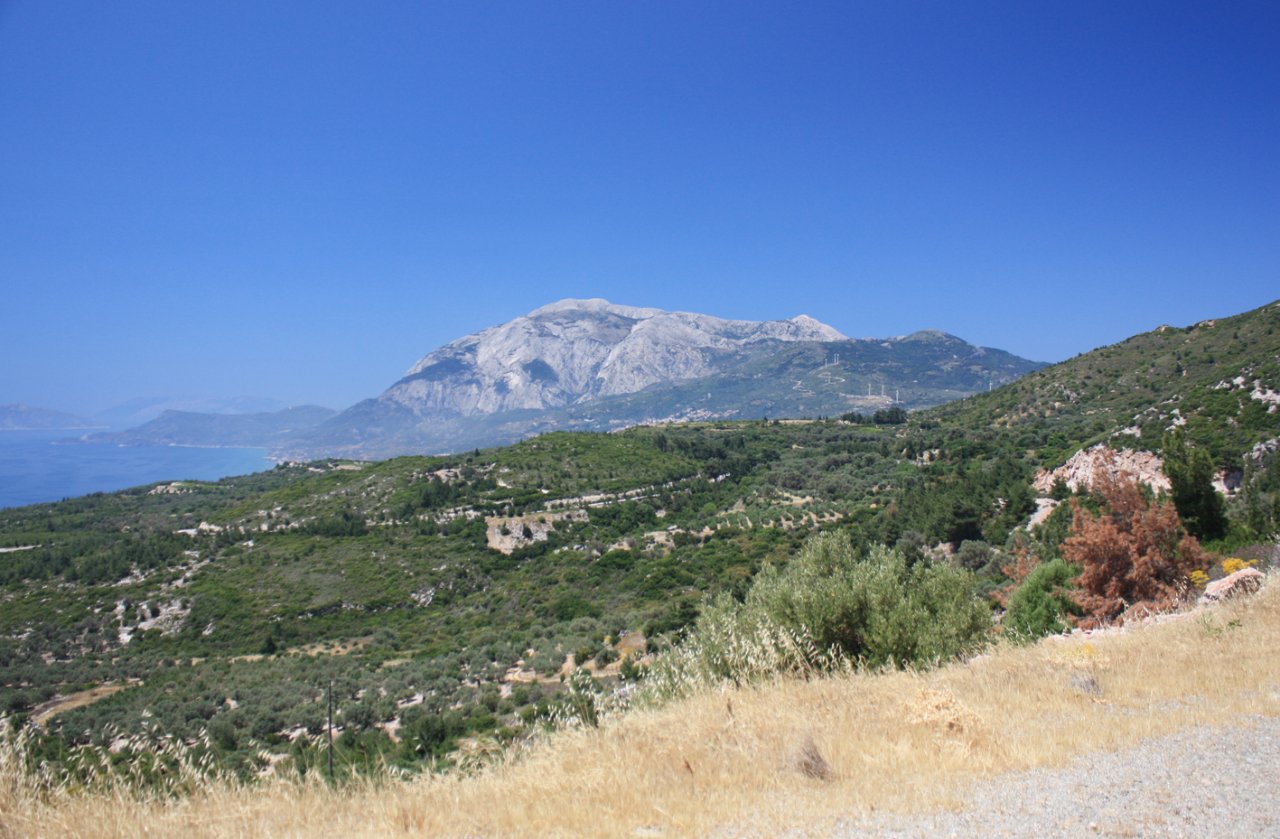 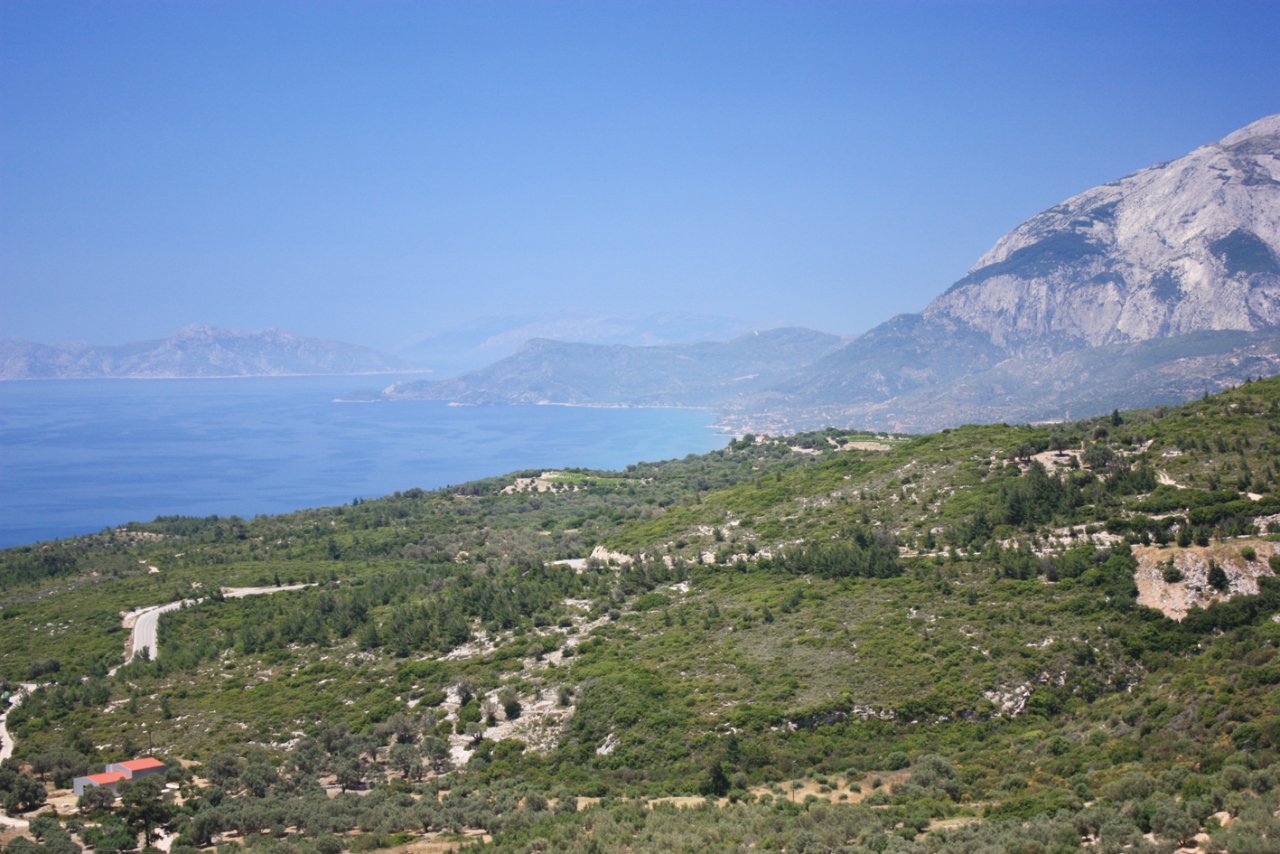 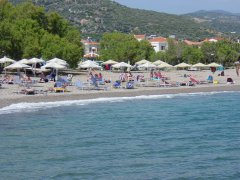 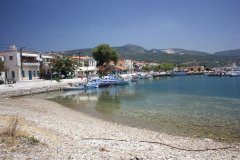 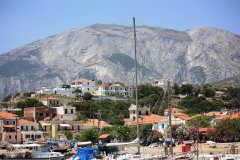 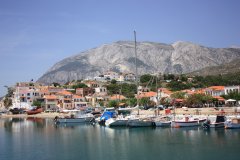 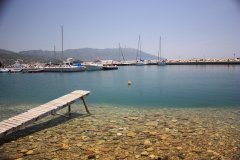 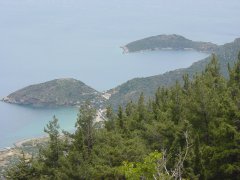 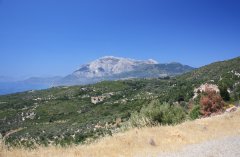 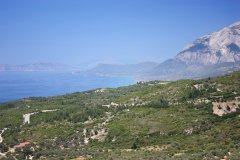